Chef/Owner Berty Richter and The Emmer & Rye Hospitality Group brings a taste of Israel to downtown Austin with TLV.

Inspiration for the menu comes from the market stalls and street stands of Israel, where a blend of many cuisines and cultures create comfort food that is cooked with love and soul.

“Growing up in Tel Aviv with multiple generations in one house, every Saturday we would spend all day eating. My mom and grandmother would bring wave after wave of food slightly changing as the day progressed from breakfast to dinner - and in the summer, we would pack our feast in coolers and bring it to the beach." - Berty

TLV is meant to be shared, so grab a friend and pull up a stool at the counter, or takeaway. Come for familiar regional staples like Hummus and Chicken Shawarma, stay for new favorites like the Sabich and Kofta. 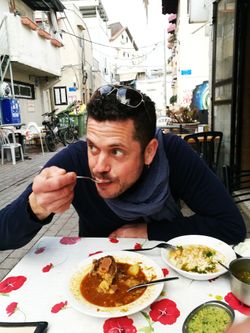 Born and raised in Israel to an American-Hungarian father and a Turkish mother, Berty Richter has always had food at the center of his life. At a young age, Berty found himself cooking with his mother, aunts, and grandmother, asking questions and following their steps in the kitchen. Berty’s grandmother used to tell him, “Most of the world eats to live. We live to eat.”

At age 18, Berty joined the mandatory military service in Israel where he found himself volunteering to cook on the weekends while some of the cooks were away. It was then that Berty ultimately decided to turn his hobby into a career. After 10 months of classic French culinary training, Berty began working at the Dan Hotel in Eilat, Israel.

In 2001, Berty moved to New York City where he first worked at Tribeca Grill and then at Montrachet, where he became a sous chef. Four years later, he was offered a job at a restaurant in Barcelona, where he spent a little less than a year before returning to New York where he worked a number of restaurant jobs, including executive sous chef at Blue Water Grill and executive chef at Isabella’s.

In the summer of 2016, Berty moved to Austin, Texas. He noticed a lack of Middle Eastern food in the city and decided to open food truck Hummus Among Us, which opened to rave reviews. From there, he opened joined forces with the Emmer & Rye Hospitality Group and opened TLV in 2019. 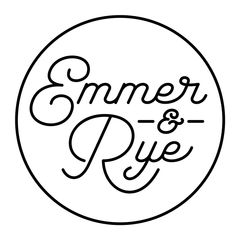